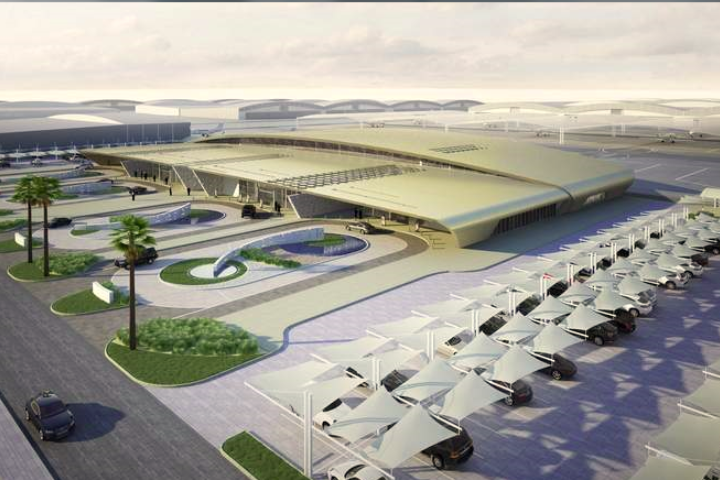 A private jet carrying 13 passengers took off from the newly built VIP Terminal at Dubai South’s Aviation District, marking the beginning of operations at the world’s first 7-star facility dedicated to private aviation.

The first flight, an Embraer Legacy aircraft, headed to The Maldives, was handled by JetEx, a Fixed Base Operator (FBO) having a dedicated facility at the VIP terminal.

Khalifa Al Zaffin, Executive Chairman of Dubai Aviation City Corporation (DACC), said: “The flight is an important milestone for Dubai South and for Dubai’s aviation industry as a whole. It brings into operation a truly beautiful facility that sets new benchmarks in terms of luxurious ambiance and excellent service. The stage is now set for robust growth in Dubai’s luxury travel sector. I congratulate our partner JetEx and the entire team on the ground for so finely handling the VIP Terminal’s first flight.”

Equipped with the finest luxurious interiors, the facility has been designed to the very highest standards that evoke an atmosphere of sophistication and elegance. The terminal will accommodate a number of FBOs that will each have its own dedicated lounge facilities on the landside allowing them to extend specialized services to their VIP guests.

Adel Mardini, CEO and President of JetEx, said: “We are proud to partner with Dubai South and be the first FBO to open at the new VIP Terminal. We handled our first flight at this new terminal and we are grateful to everyone at Dubai South for making this happen. We look forward to a future of continued collaboration with Dubai South for delivering a new experience to our customers and we are confident that the new VIP Terminal will bring added value to general aviation not only in Dubai but across the GCC.”

The launch of operations at the VIP Terminal at Dubai South’s Aviation District is yet another significant step towards realizing Dubai’s vision as the aviation capital of the world. Dubai South’s Aviation District is well equipped with world-class infrastructure and facilities to support business aviation and the VIP Terminal will not only serve to bridge a definite gap in the market but will also redefine standards of success in the aviation industry, worldwide.

About Dubai South
Dubai South – the rebranded Dubai World Central – is an emerging 145sq km. a city situated within the emirate of Dubai that will ultimately sustain a population of one million.

Launched as a Government of Dubai project in 2006, the city is mandated to embody the vision of His Highness Sheikh Mohammed Bin Rashed Al Maktoum by manifesting the urban and societal themes as outlined in the Dubai Plan 2021. These themes relate to becoming a city of happy, creative and empowered people, an inclusive and cohesive society; the preferred place to live, work and invest, a smart and sustainable city, and a pivotal hub in the global economy.

Dubai South’s economic platform supports every conceivable kind of business and industry. The city is also home to the now-operational Al Maktoum International Airport and the World Expo 2020.