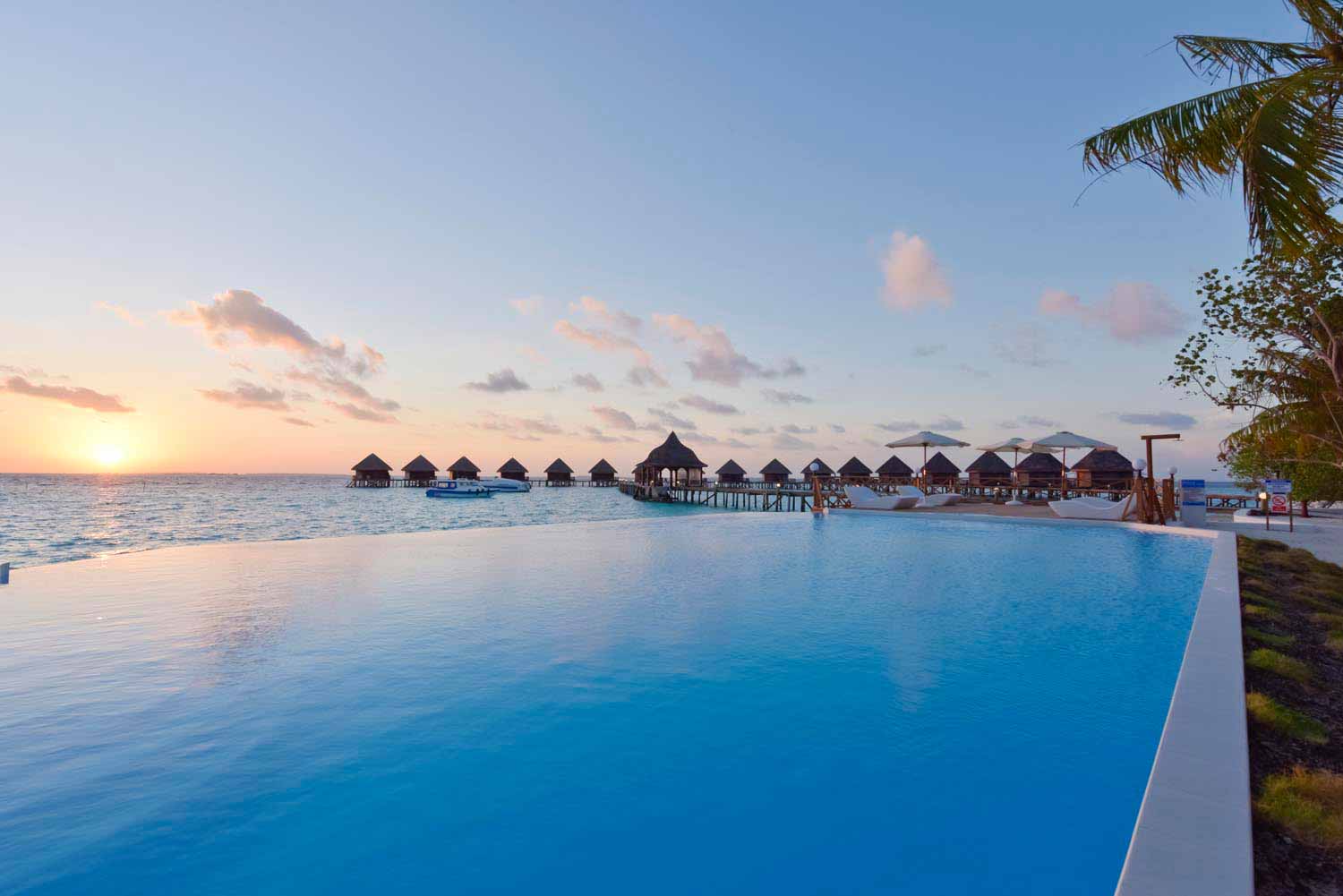 The Maldives is a paradise for anyone who loves the tropical weather and the life near the seas, and with it being a tourism-focused country, it’s no wonder that the Maldives have a lot of tourism milestones in its rich history. From a country tagged by the Un Development Programme in the 1960s as a country that would fail if it ever explored the tourism industry to being a place where people can enjoy stunning beaches, underwater experience, and a break from the busy life, the Maldives has certainly come a long way.

From the first resorts to the Year of Maldives Visit 2016, the Maldives have had a significant flow of development in its tourism sector. Here are the numerous milestones for the country’s tourism efforts.

The early 1970s was the starting point of tourism in the Maldives. After the Italian travel enthusiast George Corbin visited the country in search of a pristine destination where he could bring Italians for a vacation, the Maldives was introduced to the world as a tropical paradise must-see. 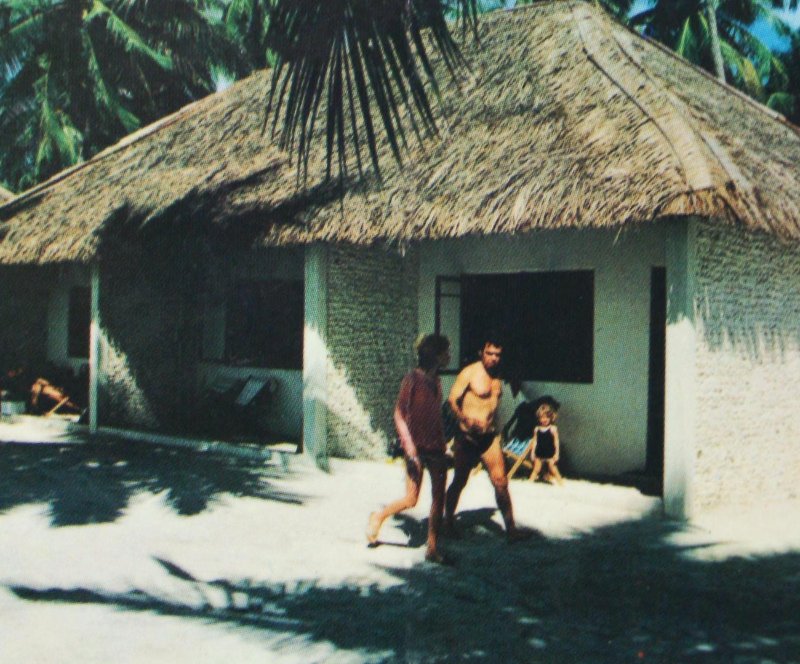 It was in 1972 that the first resort in the Maldives was established – the Kurumba island resort in Vihamanaafushi. It had a 280-bed capacity, though it started with 30 rooms in blocks of three, and was built with coral stone for walls, coconut lumber, and palm thatch for roofs. Each room had a shower and toilet that used brackish water, basic furniture, and access to the beach on the island.

The Kurumba island resort’s development was made possible due to the efforts of Mohamed Umar Maniku, Hussain Afeef, and Ahmed Naseem, as well as the financial support of George Corbin.

The 1970s ended up as the year when 17 resorts were established in the country, and that accounted for 1300 beds for tourists. They were very simple in facilities and had modest services due to the fact that the Maldivians were not knowledgeable on tourism services, as well as the lack of resources and trained personnel.

Among these resorts were the Kuda Huraa on the Malé Atoll (1977), resorts on Furanafushi, Farukolhufushi, Vilingili, and the Baros Island, and the Velassaru resort (1974).

1972 also marked the rise of two travel agencies in the country: the Muman Agency (the first to be established) which was also involved with the construction of the Kurumba island resort, and the Crescent Tourist Agency, which was responsible for the establishment of the Bandos island resort, the resorts on Furanafushi, Farukolhufushi, Vilingili and the Baros Island, and the Velassaru resort.

However, the Crescent Tourist Agency later dissolved in 1978, and the resorts they handled had been leased to different parties. Farukolhufushi was leased to Club Nature four years prior, however, and it became the first foreign company-managed resort in the country.

The years 1979 to 1988 marked more and more resorts opening within a short period of time – 41, to be exact. Resorts also began increasing their capacity to accommodate more tourists at the same timeframe. Foreign companies also began investing in the resorts in the country, which would continue until 2006.

A wide network of air services was created as well. Essentially, they were charter carriers with various promotional packages, which was an improvement from the mode of transportation during the early phase of tourism in the Maldives, which only involved speedboats, merchandized fishing boats, and a later-built ferry.

The FTMP also had regulations that limited the built-up space on resorts, required building heights to be compatible with the natural vegetation of the island it will be built on, and had measurements for the protection of the environment and of the reefs during resort developments. Even guidelines for the quality of services and facilities provided to the tourists were stated in the FTMP.

These standards were followed by hotels that were built during the final years of this era and ensured that the peaceful and quiet environments on resort islands were preserved.

Aside from the further expansion of accommodations that added 16 resorts and brought bed capacity to 4920, this era marked the transport and technology developments for the Maldives, as well as the rest of the world, which greatly improved their tourism.

Innovative and high-quality services were also introduced to the country. Due to the fast rate of developments in tourism, local manpower was unable to meet the demand for jobs in the tourism industry, which resulted in a large number of expatriates working in the country.

Despite the regulation that expatriates cannot exceed more than 50% of the employees in tourist resorts, more than half of the total jobs in the tourism industry were dominated by expatriates by 2006.

The Second Tourism Master Plan, which covered 1996 to 2005, was put into action during this period. A key part of the plan was to expand and develop tourism into more regions across the country and decentralize it from the capital, which was the central hub of tourism from the beginning. It also aimed to reduce expatriate labor and increase the participation of women in the tourism sector labor force.

Before the STMP, women were hardly part of the tourism labor force as the isolated nature of the resorts and difficult transportations from the inhabited islands to the resorts discouraged their participation. A seminar on the Management of Human Resources in the Tourism Industry attributes this to “security concerns and attitudes of parents who do not want their children to be employed at resorts, which are perceived as [a] predominantly male working environment”.

International resort brands also began to appear in the Maldives. A wider range of accommodations followed this – from spa resorts, there now were hotels, guest houses, yachts, and safari boats that operated in the country.

Due to the rise of resorts that were located far from the Malé International Airport, seaplanes also started to operate in the country to replace speedboats in transporting tourists to faraway resorts.

2002-2008: TTMP, islands opened for Tourism Development, the MTDC, the second International Airport, and tourism’s impact in the Maldives

The Third Tourism Master Plan was launched on 2007 and covered the years 2007-2011. It aimed to take “tourism to the people within the broader framework of sustainable development in the economic, environmental, and social spectra”.

Islands in the Maldives were opened as well for tourism development. They were to be leased from the government on a fixed-term contract under a competitive bidding process. In 2006, there were 35 islands that were designated for tourism development, plus the latest release of the sites included plots of land for city hotel development on inhabited islands.

This new initiative enabled multiple resorts to be built on an island provided that it has the capacity to do so. Before the TTMP, an island could only hold one resort in an effort to limit potential negative social impacts from tourism and which gave rise to the concept of resort islands.

Government regulations required each resort to have incinerators, compactors, and bottle crushers for waste management. Each resort island, in the meantime, provides its own infrastructure, power, water supply, sewerage, and rubbish disposal arrangements.

The Maldives Tourism Development Corporation was formed in this period to give locals a share in the tourism industry. They hold 45% of the government share and 55% of the public share.

At the end of 2007, statistics from the Ministry of Tourism and Civil Aviation report that there are 89 resorts with a bed capacity of 17,802 in the country. In addition to this, safari vessels, hotels, and guest houses provide accommodations totaling to 235 tourist establishments with a bed capacity of 20,505. The tourism industry also provided 22,000 jobs and contributed 30% of the government’s revenue, 30% of the GDP and 70% of the foreign exchange rate.

The summer of 2007 marked 14 charter and 15 scheduled international airlines with operating flights to the country from Europe, Asia, and Africa. This led to the second international airport in the country, the Gan International Airport, to commence operations and make it easier for tourists who will be visiting the southern part of the Maldives to arrive at their destination.

The tourism industry in the Maldives continues to rise and create more milestones for the country. Every year, there are more events happening in the country that boost its status as a definite tourism spotlight, and the country continues to receive commendations and awards from various tourism bodies.

In 2016, the Maldives Marketing and Public Relations Corporation launched the Visit Maldives Year 2016 and reached the 1,000,000th Visitor Milestone for the campaign in October 2016.

With the Maldives establishing itself as one of the top tourist destinations, it’s sure that more milestones will happen for the country and for its tourism industry.